While at Seiryo Junior High and High School, Okugawa participated in the National High School Baseball Championship of Japan four terms in a row. At the 101st National High School Baseball Championship, he garnered recognition by leading his team to a second-place finish.
In 2019, he was the first draft pick for three teams, and ended up joining the Tokyo Yakult Swallows via lottery. In addition to his fastballs, which reach speeds of up to 154 kph, and his excellent control, he also wields a variety of curve balls.
He’s been named the “golden rookie” of the Swallows, and is expected to soon become the team’s ace as well as a representative of his country.

Yasunobu Okugawa has been a devoted user of Colantotte products since high school, and has experienced their effects firsthand. It is our desire to continue providing care and support his achievements going forward that led to this contract.
Colan Totte will assist Yasunobu Okugawa of the Tokyo Yakult Swallows to the best of its abilities. 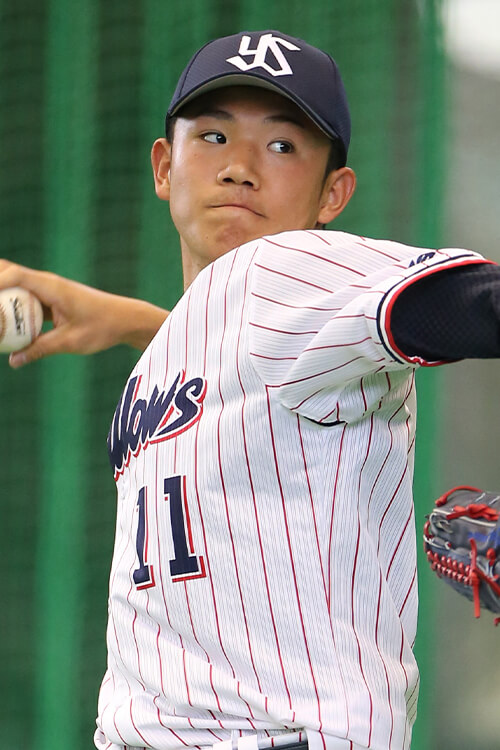 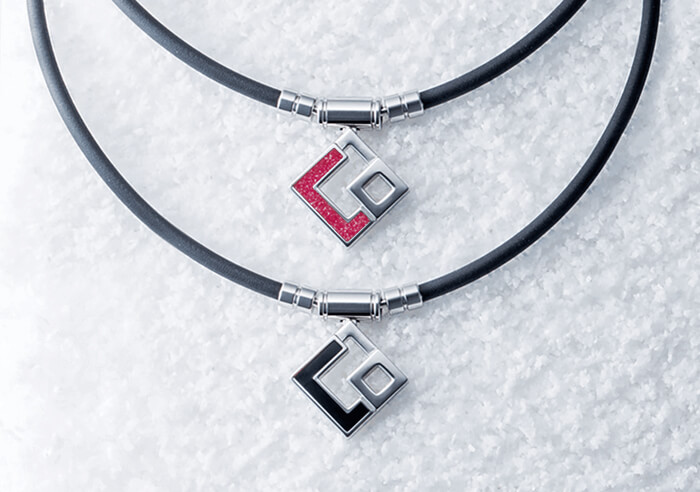 The impressive design of the pendant with its “CO” brand mark utilizes both “mirrored finish” and “polished cloisonné” technology. The whole product is painstakingly crafted by hand, creating a gorgeous contrast between the platinum-like sheen and the deep obsidian-like color. 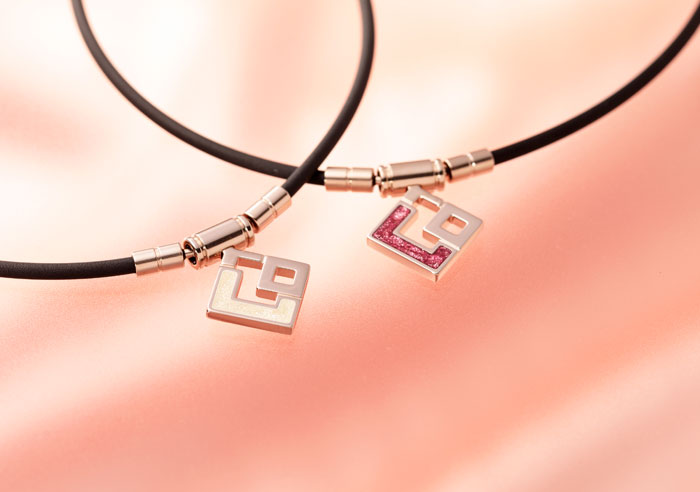 The “TAO Necklace AURA,” with its signature “CO” brand symbol, introduces the “TAO Necklace Slim AURA mini” to its lineup, featuring a slim loop design with a compact top. The loop width is 3mm compared to the conventional 4mm model, making it feel lighter against the skin.

This magnetic necklace (medical device) contains 55mT magnets spaced 10mm apart throughout the neck loop in Colantotte’s unique Alternating North-South Polarity Orientation (ANSPO™). The force of the magnets arranged throughout the loop affects a large area, improving circulation in the neck and shoulders and soothing stiffness. 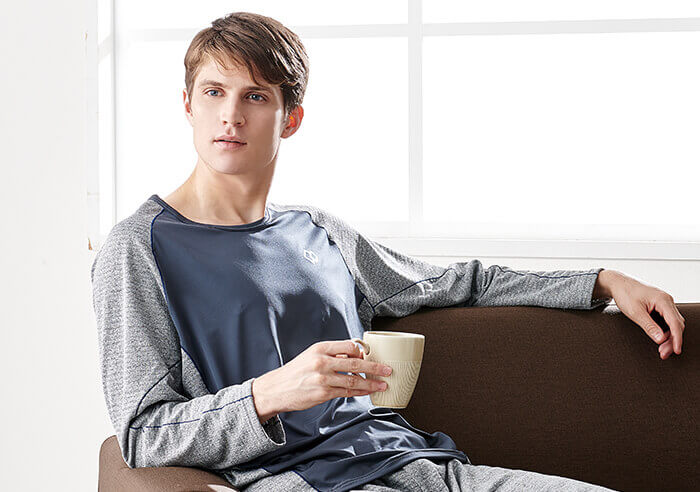 The 180mT (1800G) permanent magnets are arranged in Colantotte’s unique Alternating North-South Polarity Orientation (ANSPO™), allowing them to operate over a surface rather than a single point and produce a larger effect. The magnets are arranged in locations where they can more easily affect circulation, and simply wearing them will emit magnetic force over a large area, promoting circulation and relieving muscle stiffness.

The uneven texture of the Switch-Tex™ material is soft to the touch and produces a stroking* sensation. It rubs against your skin as you move your body, helping to ease you into a comfortable and relaxing experience. 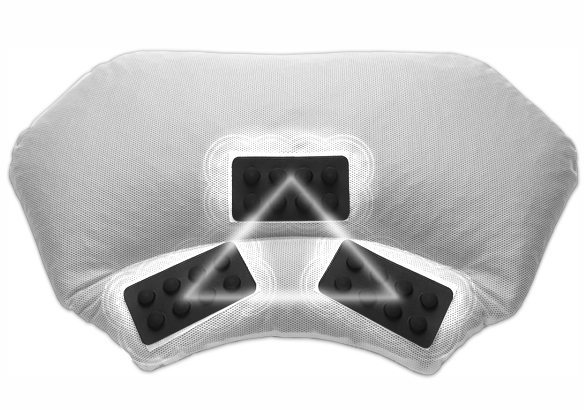 Its height can be adjusted by removing or inserting “Ergo Beads,” soft tubes with excellent breathability and durability. Moderate softness and resilience allow the pillow to adjust to your body and sleeping position for a superb fit.
*“Ergo Beads” is an original name. 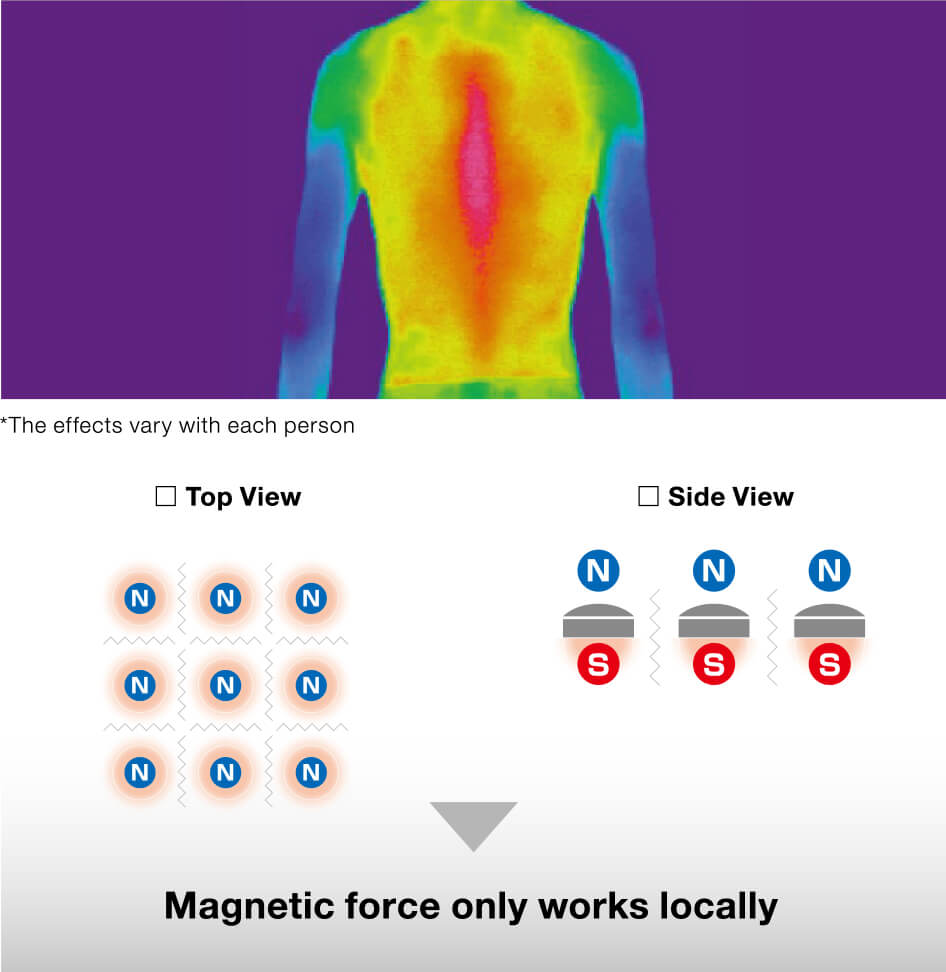 When wearing a Colantotte Tank Top (In House Research) 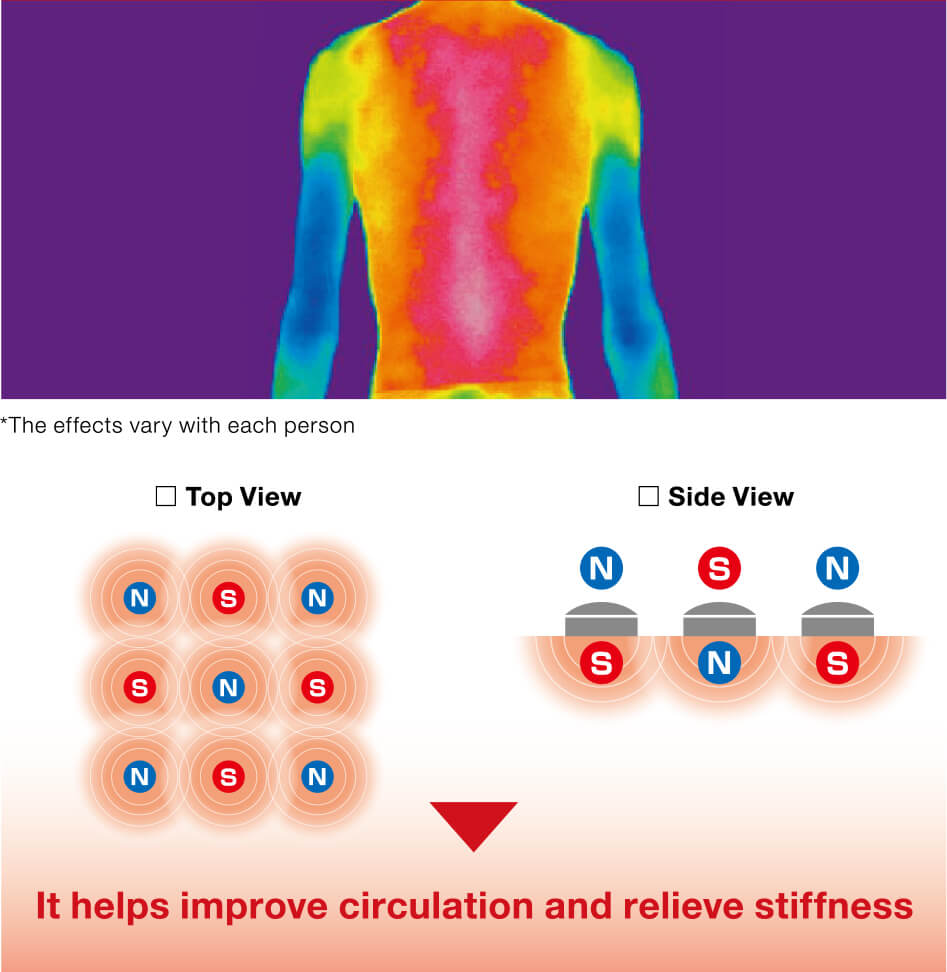 The “Alternating North-South Polarity Orientation (ANSPO™)” Makes All the Difference

Colantotte products contain permanent magnets arranged in the Colantotte’s unique Alternating North-South Polarity Orientation (ANSPO™). This arrangement allows the magnetic force to affect a large area to improve circulation and alleviate stiffness at the applied location. It is certified in Japan as an authentic magnetic health device.
In 2005, Colantotte was launched in America under the overseas brand TRION:Z. Professional golfers Rory McIlroy and Rickie Fowler as well as many other top athletes regularly use this gear to soothe and support their bodies. Additionally, in 2012, one of the Colantotte bracelets was featured prominently as a key story item in the Hollywood movie “The Avengers” as part of a tie-up campaign, demonstrating the recognition of the brand’s quality and design not only in Japan, but by many people all over the world.

Since its founding in 1997, Colan Totte Co., Ltd. (formerly Arc Quest Co., Ltd.) has been a medical device manufacturer with “Health, Spirit, and Smiles” as its motto, and in 1999 it began selling its Colantotte brand of magnetic therapeutic devices and health gear for general use.
In 2008, it obtained ISO 13485 certification and established a system for maintaining and improving the quality of its medical devices. It also obtained the CE Marking safety standard certification in Europe and medical device certification (MFDS) in South Korea, among others, and it is continuing its efforts in various major countries throughout the world.
In July 2015, it changed the company name to Colan Totte Co., Ltd., and continues striving to support a healthy lifestyle for everyone in Japan and the rest of the world.